So here we go more on The City. If you remember from last week I ranted about moving around The City itself. This week it’s about traveling beneath the city and it’s even more strange. Basically, there are three levels/regions beneath the city.
The Undercity/Sewers: Pretty much what it says. Sewers and even stranger things lurk here. It’s shady and pretty bad place.
The Catacombs: A labyrinth filled with undead, ancient crypts, and the occasional eldritch thingie.
The Ancient City Ruins: Insert ruins and pretty much any dungeon type crawl you want.
These three levels pretty much follow the same pattern as the surface. So use the same basic map if you are looking from above. 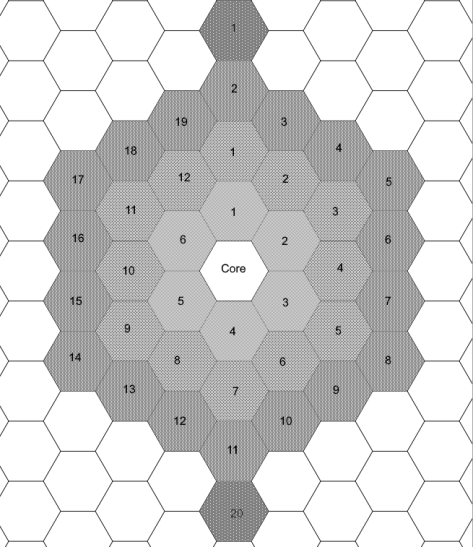 However if you traveling up or down between levels, it’s crazier. And where you end up may be determined whether you going up or down. Here’s the rough idea complete with “spell checking”. Hey it’s still a draft!

Yes, this makes traveling between various areas of the map difficult and dangerous. But then that’s the whole idea. So now I just need to come up with over 100 interesting hexes and some NPC’s. And yes there’s some more ideas bouncing around inside my head. But that’s to come.