Last month Frog God Games ran a contest for fan reviews. I did a couple and did garner some Frog Bucks to spend. I’m still shopping. The Blight was on my list of things review and I just didn’t have the time fully delve into it. But as luck would have it, I just did have some time and dove right in and wish I had done so earlier. Now, if you’ve follow me around social media I’ve mentioned the idea of mixing The Midderlands, Tegel Manor (which I backed), and The Blight. That idea still stands. One more disclosure for this rant. This is based on the 5E version of The Blight and I’ll only be talking about the Campaign Guide. I had grabbed it and a bunch of other really cool stuff from a 5E Humble Bundle. 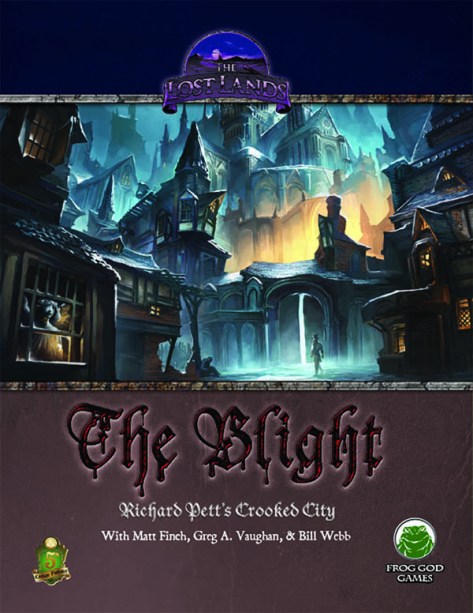 3 thoughts on “The Blight by Frog God Games”

Hey check us out on Locals too!