I meant to post this last week but there were some last minute hiccups.
Magic was the most difficult thing to adjust. I wanted something simple that still made sense with normal Vancian Magic but still had a totally different feel. What I came up with is Arcanum. 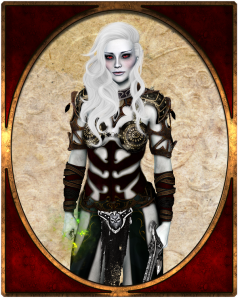 This is a the magical power stat for Sorcerers. It starts off as 1 at first level and slowly increases after that. Arcanum determines three things:
Spells per Day: A Sorcerer may cast a number of spells per day equal to Arcanum Score. The individual spell’s level does not matter. If a Sorcerer knows a spell they may cast it. The Sorcerer may exceed their daily allotment of spells but this is considered “Casting Dangerously”.
Effect of Spells: A Sorcerer’s Arcanum score may determine the effect or duration of a spell. For the quick easy description of this: Spells that previously had duration or effect based on the level of the caster instead are determined by the caster’s Arcanum.
Maximum Spell Level: A Sorcerer may safely cast spells with a level equal to or less than their Arcanum score. They may cast higher level spells but this “Casting Dangerously”. A character can know a spell of higher level than they can safely cast.
Casting Dangerously is were things get interesting. This temporarily reduces their Arcanum by the Spell Level of the spell that they dangerously cast. And thus reduces their number of spells per day and the power of those spells. So yes. a 1st character could cast a 6th level spell but it will cost them. It might even kill them. Usually, they might not be able to cast any spells for a few days.
I’m sure there will be questions.  No problem. Ask away.
And here’s a couple of Sorcerers along with the rest of the example characters.
The Whole GangDownload

Hey check us out on Locals too!