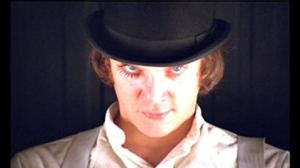 I had been cruising around the internet and stumbled upon Carbon 2185. To put it simply, it’s a Cyberpunk RPG using the 5E rules. 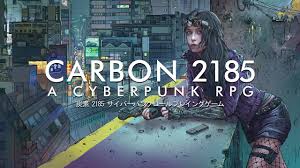 And this where the fun begins. I mentioned at our last game session and one of the players, “Haven’t we already played a Cyberpunk game?” Nope. “But what about the one that I played that tree guy?” Mutant Crawl Classics? Nope. That’s post apocalyptic. “No the other one.” Then it hit me. He was talking about the space opera game I had run a long time ago and that he no idea what cyberpunk meant as a genre. Welcome to the future, chummers.

Oh boy. Let’s talk a little Appendix N type stuff first. I know there’s a really long list but I think this whole genre while dated is still good fodder for a game. So let’s get on with the inspirations. Or at least the one’s that I think are key. And you can’t talk cyberpunk with out mentioning Blade Runner. This movie defined the whole looks and feel of the genre.

Also, leading up the move/TV list has to be Max Headroom, the original Robocop, Total Recall, and Running Man. Just look those up in case you don’t happen to know. And of course, bridging between books and movies is Clockwork Orange. It’s all about a screwed up future. But I want to go on about more stuff that has inspired by view of the genre. And the comic book that rolls the most, IHMO, is American Flagg. 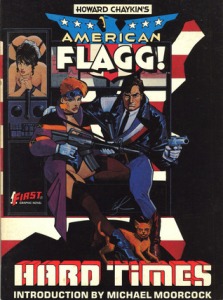 OK. Enough about inspiration. Let’s talk gaming. Let’s face it there two “big” cyberpunk games. That is of course Cyberpunk and Shadowrun. I admit that back in the day, we played the crap out of Shadowrun. I know as written it’s basically cyberpunk D&D but our sessions leaned more towards just cyberpunk with magic. While the Cyberpunk RPG is just humans, guts, and machines. But you could go off to the supernatural path with Night’s Edge or hunt up the old Interface Magazine that converted Call of Cthulhu to cyberpunk. And a great book and where I got the title for this post, Listen Up You Primitive Screw Heads! Yes I still have hard copies of all this stuff floating around some where. But if there’s one book you might want to grab up, it’s Listen Up You Primitive Screw Heads! It’s just a GM guide and inspiration book and even if you aren’t running Cyberpunk, you just might find something useful and interesting in there.
So back to where I started this rant. Carbon 2185 looks pretty good based on what I’ve been able to dig up online. I do think the PDF is a little pricey so I’m a reluctant to dive into it right away. But if the players want to down the crazy world that is Cyberpunk and they still want to keep to 5E rules (which they seem to want) then this might be an option for something a little different. So we shall see. And yes I know this has been a pretty ranty post. But hey that’s also what the blog is for.